Sunday morning, June 28 at 12:30 am I ran the Dark 2 Dawn 6 hour at Indian Camp Creek Park in St Charles County by Terrain Trail Runners. It was awesome having the choice to run an event even with COVID-19 protocols in place.

This year to spread out the runners there was a staggered start based on marathon time. I started in 1st wave and a lot of runners passed me that I passed again later. Conditions were far from ideal since it had rained earlier and temps in 70s and humidity in 90s. There were a few sections that were quite muddy, slippery and tacky where a lot of mud built up on my shoes making it difficult to move efficiently.

I ran loops 1 and 2 both around 1:06 each. I knew I couldn’t afford to waste much time at the aid station so had bottles ready in my cooler. I took 2 headlamps so I could switch after 3 loops and not waste time changing batteries. I drank Sword the first loop and had intended to have a gel or pack of Sports Beans every hour but only had 3. Before my 2nd loop I drank half bottle of Body Armor and filled bottle up with water. Felt a bit overhydrated so cut back. Another gel at 2 hours. I was feeling hungry but at same time didn’t feel like eating much. I didn’t see nearly as many people loop 2 where loop 1 had more passing back and forth than I anticipated.

Loop 3 dumped a bottle of mixed Sword into my handheld. I accidentally switched lids and it wasn’t quite the same. Most of it leaked before I could drink much and it was empty after a mile. Then around 14 miles I wiped out sliding sideways in the mud. Noticed a little twinge on inside front of right leg and eventually it decided to cramp. Massaged and walked. Still feeling crampy so I just gradually sped up, mentally willing it to stop and all was good. I also had an episode in loops 4 and 5 and followed the same protocol but cost me some time. Loop 3 was quite a bit slower at 1:14 with the issues.

I intended to drink Pickle Juice before loop 4 but forgot. I ate half a banana from the aid station to curb hunger. I didn’t think I’d make 4.5 hours but pushed so I’d at least hope to make 4:40. I fell once in the 4th loop and got a small cut on my arm. Loop 4 in 1:11 with 3 minutes to spare but felt like it about killed me.

I took a couple minutes before starting loop 5 but figured I had plenty of time to meet my 6 hour goal. I kind of needed a bathroom but started anyway and before half mile I had to quickly take care of business. Wet leaves are great as a TP substitute. It was getting light and I pressed on wanting to get it over. Last year I ran in 6 hr 20 seconds after running 16.5 miles the previous day. I really wanted to improve my time even with the challenging conditions and cramping in loops 3-5. I felt like that wasn’t too much to ask even though I was ready to be done.

I was lapped by a runner about 2 miles from end that ran 6 loops and set a new CR. I ran last loop in 1:18, a bit slower than I’d hoped but considering I was spent after 4 loops I’m not surprised. Overall time was 5:55. I placed 4th overall of 66 finishers. One runner with 6 loops and 3 runners with 5 loops. I placed same last year but hard effort in a different way. I guess I need to go back next year with fresh legs and hope for drier conditions.

I ended up using only 3 gels/sports beans, 1/2 banana and various drinks. 800 calories which is a bit low for 6 hours. Normally there is a post race breakfast but received FarmTruk granola bars and beef sticks to go. 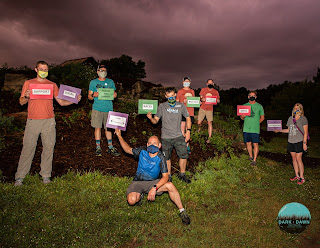 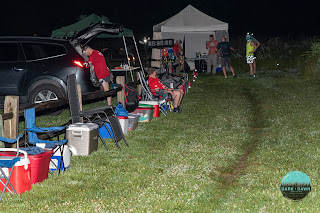 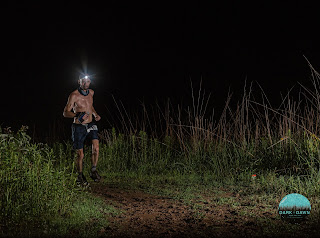 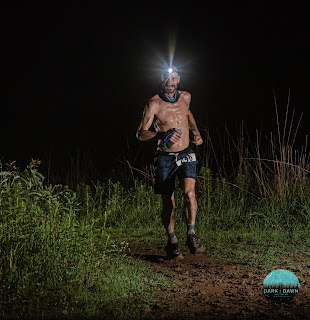 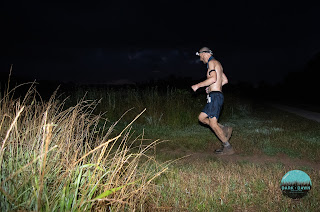 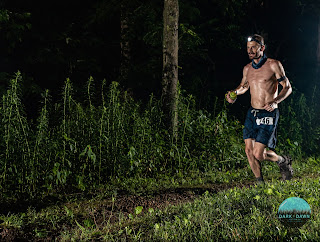 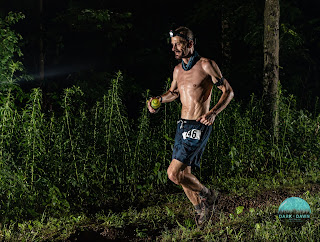 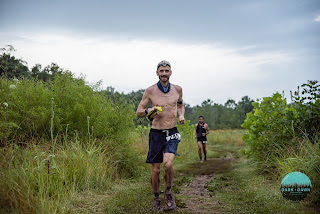 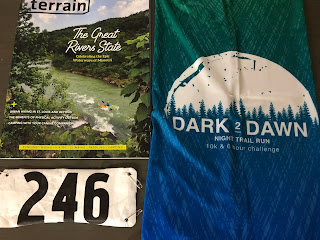 Posted by Andy Emerson at 7:35 PM No comments:

Ran my first race of the season, Quivering Quads 50k on March 8. My weight was down 11 lbs since January and I had a few decent mileage weeks. I wasn’t sure how my body would perform although I’ve felt better than I have in quite awhile. I’m was shocked how well this went. I was a little embarrassed getting bib #1 but was realistic hoping for maybe 5 - 5.5 hours and maybe 5-10 place. I passed 11-12 people during the first 18 miles and the final runner a few miles later, managing to put about 6 minutes between us by the end. 4:41 was 24 min slower than my fastest 50k, 11 years ago on a flat mostly paved course. It was a beautiful day, beautiful trail and enjoyed making the trek to the race with friends.

Unfortunately, every race (Ohio Backyard, Double Chubb 50K, Trail of Four Winds 25K, Berryman 50 miler) since then has been either postponed until later this year or the next year. I decided to drop Ohio Backyard Ultra since it was moved to October. I'll probably run Trail of Four Winds next year since it was moved to September. Double Chub and Berryman, I can run in 2021 or 2022. Hopefully, some races start happening soon! 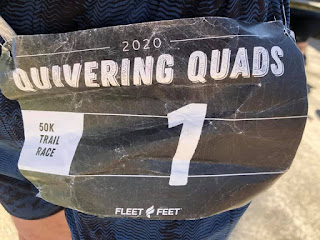 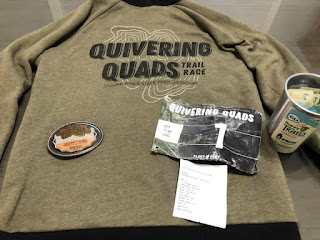 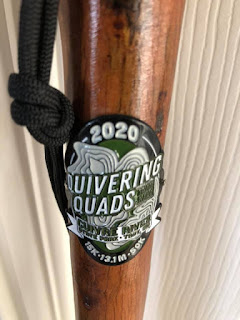 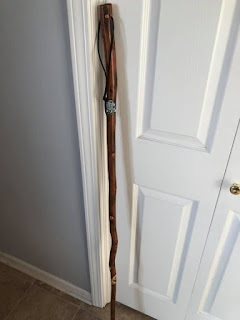 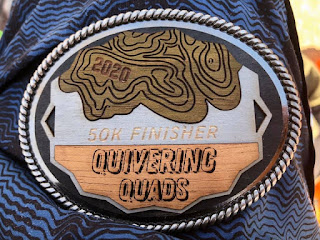 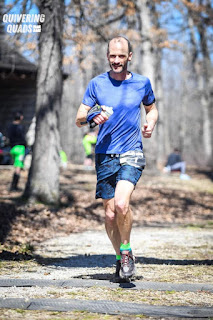 Posted by Andy Emerson at 5:25 PM No comments: