I ran Psycho Psummer in July. Starting temperature was 81F and finish 91F. It didn't make to 99 as predicted but the heat index was likely higher. I finished in 5:41:38, 7th of 50. 80 or so registered and some dropped to the 20 miler. I ran the loops in 1:47, 1:55, and 1:58. It could have been worse with the heat. I felt amazing the entire run which is unusual at this distance in the heat. I drank 12 - 20 oz bottles so stayed well hydrated. It sounds like a lot but apparently was needed. Also drank pickle juice. Kaci Lickteig, 2016 Western States winner was the first female and overall race winner in 4:23 - 1:25, 1:28, 1:29. I had the second most even splits. Hugh ran 10 on the road and walked/ran 14 including walking 1 loop of the course! We had lunch at Subway and shopped at Trader Joes before heading home. 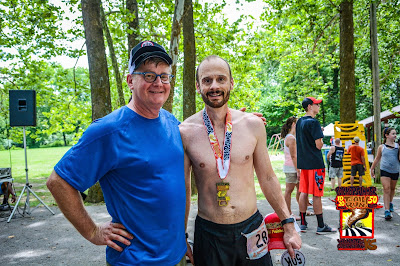 Finished my 13th consecutive HOA on Labor Day. Placed 5th overall and second in age group. This was pretty good with my crappy my crappy training, weight gain and lack of motivation to put in the necessary miles. I felt pretty good except for first 4 and last 2 miles. 3 hr 16 min so same time as last year. I guess I will continue to try to keep up my streak but a long way to go to break the record. Another guy still running has 17 years and the record is 25 years. Maybe I should try running at least 1 other marathon for practice earlier in the year or doing some actual marathon training might be good too. 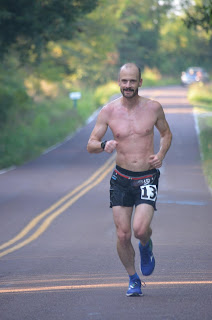 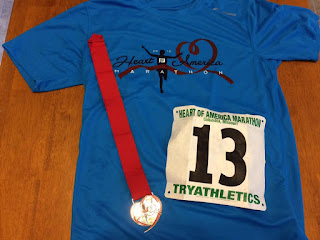 I won't go into too much detail since part of the fun of this race is a venture into the unknown. If you want to know more check out the race website, Facebook group, and this brief report by a fellow runner that covers the major points of the race.

Fortunately, I survived the Barkley Fall Classic (50k, lol) at Frozen Head State Park in TN, only 12 days after HOA. The race isn't dangerous but it is extremely difficult due to the severe climbs. I ran the 2014 version of the race and decided to go back this year since last year Laz added some additional challenges and running through the old prison.

The only things pleasant about this experience were the rugged, yet beautiful and peaceful scenery, the intermittent cool breezes and the satisfaction of finishing what at times felt like the impossible. I kept moving forward and that included going nearly straight up at times, hopefully finding footing or something to pull myself up to get a few more inches. The challenges: going uphill for long stretches, severe vertical challenges, briars, going downhill for long stretches, feeling lost at times even though with people, humidity, heat, running out of fluids up Chimney Top, muscle spasms 2 different times going up, and nearly complete exhaustion with high heart rate going up the severe long climbs. I’m sure I’m forgetting something. At least I wasn’t stung multiple times by bees like some people. Also no GPS and no gel packets allowed for this race. I only fell once but it was due to my own clumsiness.

I wore my old malfunctioning Fitbit which somehow died (for good I think) 2.5 hours from the end being fully charged and ate 4 Lara bars. Sword was served on the course which I regularly use so I didn’t need to carry much of anything other than the 2 water bottles which was a challenge at times since I needed to have at least one hand free at times to pull myself up. Once I got to mile 22 where Laz punches our bib (I think the first time, I’ve left blood on my race bib), we have the option of finishing a “marathon” or continuing up the last climb, Chimney top which I think is 3 miles of climbing. I had 5.5 hours to cutoff of 13 hr 20 min to finish so plenty of time. I caught up to 2 guys on the way up, one that I knew from previous races, and the other had been at some of the same race but didn’t know him. We enjoyed each other’s company and stuck together until the end finishing in 10 hr 31 min. I placed 22nd.

From Laz: 550 runners were accepted for entry to the BFC.  226 of those either withdrew, or never showed up at all. Of the 324 who answered the starting cigarette; 73 dropped out 132 either chose, or were relegated to the marathon... and 119 took home a croix de barque. 37% of the starters.

If you want the ultimate challenge and a race that will create doubt in your mind that you can finish, then this is the event for you. Runners can even opt for the "marathon" if they don't reach the 22 mile point by 9.5 hours or they can also choose to do they marathon if they've had enough. There's no reason to be scared of this race if you do your best to prepare. Also, with over 300 starters, you probably won't ever be alone. Another fun feature is that there were 7 checkpoints where we had to get our bibs punched. The punches spelled "I escaped" (the P was free).


Posted by Andy Emerson at 9:23 PM No comments: