I ran this race in 2010 and it was the toughest 100 miler I've experienced so far. I wasn't sure if I ever wanted to return. It was my slowest 100 miler, felt crappy very early in the race and I couldn't run for 2 weeks after. I guess time and some prodding from my running buddy Steve running his first 100 miler, and a $50 off coupon I found helped to convince me to sign up again. Also, I thought it might be good for me to return to overcome the fear, and hopefully redeem myself and have a good time and hopefully feel good during the race.

I had an aggressive goal to run in 23:45 or at least under 24 hours. I ran in 27:50 in 2010 and it was a long day. A picture after the finish has me looking my worst. After finishing this year, someone that I ran with for the first 10 miles said he was worried since I didn't seem that into it. Also, my training wasn't that great either and I really wasn't as into it as I should have been for a race this difficult. I had a hard time wrapping my mind around doing another 100 miler. It takes a toll and did I really want to do it? I accepted that I would do it even if my training wasn't ideal. Luckily, I also have 5 more years of ultra experience that made up for my non-ideal training.

I slept pretty good the night before the race taking 2 Benadryl and was asleep shortly after 7 pm with the alarm set for 2:30 am but I woke up short after 2 am on my own. The bus left at 3 am and we arrived at least an hour before so plenty of time to use the bathrooms or stay on the bus to stay warm. I started very conservatively with Steve and Allan behind most of the runners. It always pays to start off slow. There was a short out and back on a forest road at the beginning. It turned out we didn't really need out lights since it was daylight very quickly. At the first aid station I was only 5 min behind where I estimated so didn't start out too fast. I continued to run with Steve and Allan until after mile 10 where I went ahead. I arrived at the aid/drop bag at mile 14, 2 minutes past my goal. I saw Steve coming in on my way out.

Overall, the race was very uneventful. I felt good, no falls other than a stumble and caught myself with my hands before completely going down. At mile 47 I had fallen a bit further behind schedule but only 12 minutes. I didn't worry about it considering in 2010 I was hours behind on my plan. My memory must be short since I had forgotten the difficulty of parts of the course and should have allowed a little more time. Normally, a runner slows down in a race this long and I had built that into my plan but I still had my doubts, especially later in the race that I could go under 24. I didn't ever totally give up on the idea though even though by mile 73 I was 30 minutes behind and 47 minutes by mile 87. I had gained 11 minutes at mile 94.

I kept passing people, and moving up the ranks even as I was slowing down. I pushed as hard as I could through the pain the last 6.5 miles to hopefully have a chance at sub-24. Interestingly, pushing through the pain, often makes it go away but you pay for it after. Also, the quesadillas at the aid stations helped too and were very energizing.

I ended up finishing in 23:50 (8th place), 4 hours faster than 2010! I feared I would regret that final push. Before I had been running as gently as possible and avoided falling. My body responded well to this race and I'm fine and can walk better than after my last 50K. One would think the post race pain after a 100 miler would be 3 times worse than a 50K but that isn't true. I still wouldn't recommend this as a first 100 miler unless you know what you are getting into. The runners this year though made it look easy with over a 70+% finishing rate. All 4 runners from Columbia finished with 3 of us in the top 15.

The volunteers were great and really spoiled us with the variety of food offerings but some of it I still won't touch during a race. I still ate some crazy things that worked such as cheese quesadillas and some with guacamole, a pancake (didn't settle well), a slice of bacon (not the best choice), a bacon and cheese quesadilla at mile 94.5 (it worked), grilled cheese (couldn't stomach it in 2010) and some stuff I just mindlessly ate and don't remember. Also, used Huma gels and Sword drink which I think contributed to feeling good the entire race and feeling like eating most of the time. If you can't eat, it doesn't go well. I had a completely opposite experience from 2010 and am glad I went. 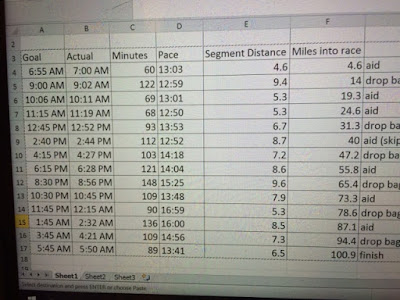 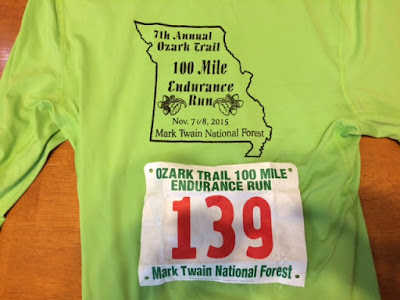 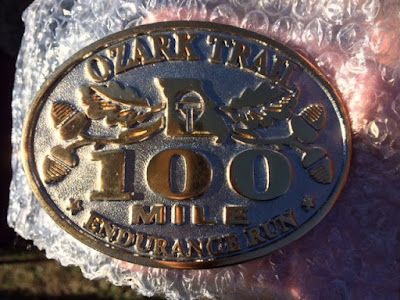 Posted by Andy Emerson at 11:36 AM No comments: