I haven't been keeping this blog up to date with race reports so rather attempt to write 4 reports for races that are no longer fresh in my mind, I will give a few highlights.

Ozark Foothills 50K - April 7
I ran the Ozark Foothills 50k and had a good day! I ran 2 years ago in 5:11 and the course measured 30.9 miles. They changed the course slightly and this year my GPS measured 31.9 miles. I hit 50k under 5 hours but 31.9 in 5:08. First loop around 2:30 and second 2:38. It was warmer on second loop but still cold. The temperature was 25F at the start. Thankfully no snow on the ground like they were predicting. I placed 4th overall and 2nd in 40-49. However only age group awards for first place so didn't add to my plaque collection. Delicious BBQ, sides and cookies were served after the race. I consumed 2 bottles Sword and 5 gels. I didn’t stop at any aid station long enough to see what they had. The week prior to this race I ran 72 miles with 26.6 on the Wednesday before on the HOA loop. This week of the race ran 2 runs before race for a total of 9 miles. I guess that counted as a mini taper. I drove to the race with Allan B. and Lisa Wells. Becky H. and Allan also ran the 50K and Lisa ran the 25K. 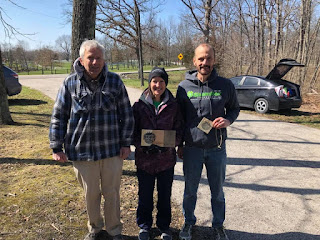 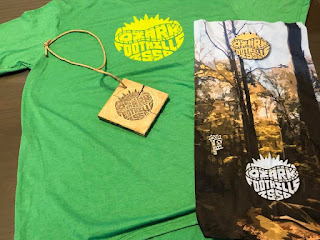 Strolling Jim 41.2 Miler - May 5
The Strolling Jim is a road Ultramarathon and tough conditions with hills. There is also a marathon, half marathon, and 10K. This year was the 40th running so I thought a good time to go run it. It was a little warm but cloudy and threatening to rain. It was a very hilly course I seemed more difficult than HOA with the first 26 miles having 3 hills that were as bad or worse than HOA. It ended up raining later in the race (about 30 miles) until the finish. I walked many of the hills. I finished in under 6 hours in 5:54 so received the blue finishing shirt. Under 5 hours gets a gold shirt. I placed 10th overall out of 189 finishers and there were very few DNFs. 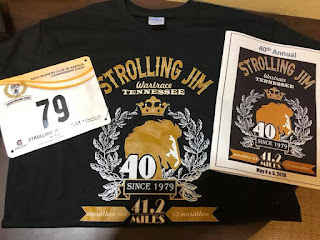 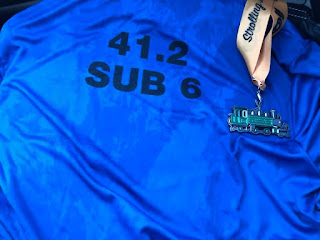 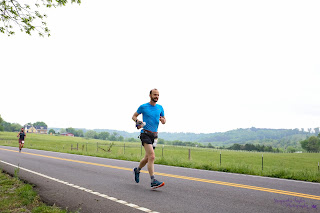 Berryman 50 miler - May 19
2 weeks later I ran the Berryman 50 miler. Our pre-race gathering Friday night was the fun part. I honestly cannot say the race was fun. It was a rough day for many. It was humid and warm but I’ve experienced worse. By the end I almost felt like I’d run 100 miles but only 52. I felt overheated from about mile 33-41. I was sure I was going to be over 10 hours for the first time. Then the wind picked up and temperature dropped. I started to feel better but worried about falling limbs. The pollen was stirred up and not pleasant to breathe and burned my eyes. Then it rained and I felt almost great. The Berryman flu lifted, the misery went away and I could run again. This rain was a welcome surprise and didn’t stop until I finished about 8 miles later. The finish banner was a little sad, hanging to one side as I crossed the finish in 9:57, a new Berryman personal worst time. A tough day for all. I was 6th overall and I took home the Masters award for the last time (new age category next year). 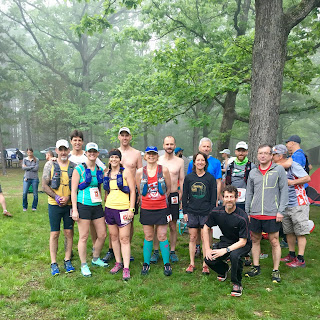 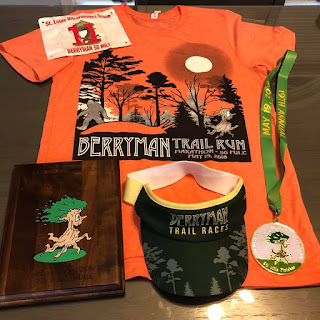 Last Runner Standing - June 9
Three weeks later I ran Last Runner Standing in Duluth. This was a 4.16 mi loop where we had 1 hour to finish and started on the hour every hour. I went 13 loops, 54 miles and decided to stop. Probably could have gone another loop but was getting slower. It was a tough loop with steep uphills and a long steep downhill. I was impressed with how well so many people (likely from the Duluth area) ran the hills so well. I excelled on the steep downhills. Quite a few runners used trekking poles. My first loop was 46 min and my 13th was 57 min. Unlike Backyard Ultra, this race did not switch from trail to an easier road course at night. Race ended with 1 runner standing after 22 loops (91.67 mi). I never imagined it would go so long on this course. I really hope to run this one again next year. 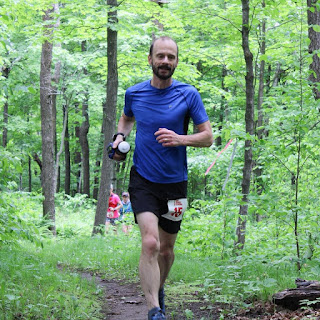 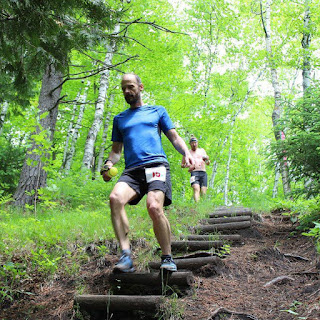 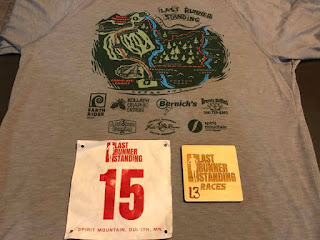