I spent December 6 - 7 running loops at 4 Fore 30 in Camdenton at Lake Valley Golf Club. It might sound boring but it is run on a beautiful golf course and a lot of fun. The format is 4.1667 miles and 1 hour to finish. Everyone lines up again the next hour until they drop or go over 1 hour. This year was capped at 30 hours or last runner standing. Next year will be to infinity (no cap), the same as the Big Backyard Ultra, the original last runner standing event.

Last year I went 22 hours and the other runner dropped halfway through my last loop. This year also had Gary S. running in the last 3 but he made it pretty clear he was stopping at 24 hours/100 miles. He accomplished 100 which left me and Chris H. who was easily making cutoffs and running strong. He started loops 25-27 with me. He was hard to read since he started in front and later I would pass him. On loop 27, shortly after we started he told me he was dropping at the aid station. I was sad and sorry to see him drop but I appreciated him letting me know so I could run the last loop faster and get it over 🙂. Previously I was trying to conserve since if it had gone 30 hours, the fastest runner at 30 hour loop would be the winner. Imagine racing 4.1667 miles after 29 hours and 121 miles. I wasn’t sure I wanted to but would have given my best effort.

I ended up the winner at 27 loops - 112.59 miles. Most of my loops were around 51 minutes compared to last year when I ran many at 41 minutes. With 59 runners starting it was even more fun than last year and outstanding competition. Several runners achieved a personal mileage best. I enjoyed running many loops in sync with Joe Cooper, running strong and excelling at this format. Sam W. and Abby R.A. helped crew and kept us warm.

The race directors Scott P. and Alysia G.M. have put together a gem of an event at 4 Fore 30. Even if you don’t run ultras it is an opportunity for all running abilities to challenge your limits both physically and mentally.

Also, at least this year you could receive one of the coveted 💩 medals if you DNFd. Even if you aren’t the winner at least you go home with something. Maybe next year? 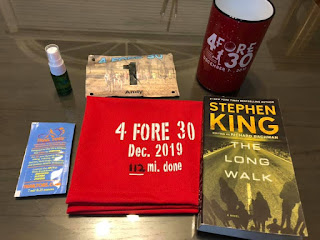 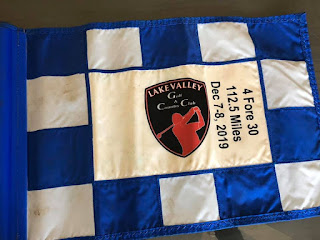 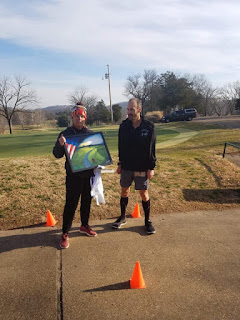