I spent December 5 - 6 running loops at 4 Fore 30 ♾ in Camdenton at Lake Valley Golf Club. I've now run 3 times but this year was the first time there was no predetermined end and a Golden ticket to Big Dog's Backyard ultra was at stake. The format is 4.1667 miles and 1 hour to finish. Everyone lines up again the next hour until they have the good sense to drop or go over 1 hour for the loop.

There were 104 runners starting which was 45 more than last year. We had several runners from Columbia and we were able to run some loops together. Typically, we walk all the hills and try not to trash the quads too early on the downhills. The first loop seems like it drags on forever and after that the time goes by quickly, at least for awhile. Once it was down to just me and Joe Cooper, we ran nearly every loop together until miles 58 - 62. I think we were both starting to get unmotivated or bored. Perhaps a crew would have helped? Warmer temperatures would have been nice since it cooled down from a high of 56 to around 34 while I was still in the race. Whenever someone asked how I was feeling I stayed positive but inside I was doubting I felt that good. I felt okay but not great for so early in the race or at least early for me. I wanted to see if maybe a little faster pace would help so I picked up the pace on loop 15.

After 15 loops, I was thinking 100K sounds like a nice number but then I felt a little more motivation so lined up at the start again. It was cooling off so I put my pants on and changed shoes, hoping maybe that would help something. The frost made my pants damp but Sam's heater that he left helped me warm up and dry them out a bit. At this point I was thinking maybe I could get to 100 miles and then evaluate if I was feeling good enough to go further. Last year I was still feeling pretty good at 112 miles when the race ended. I definitely wasn't having that same feeling at 62 this year.
Loop 16 felt decent but I became very uninspired during loop 17 with negative thoughts and slowed down. Even though I had 5 minutes on the clock, I was thinking about quitting but returned to the starting line after the 1 minute whistle. During this loop I felt like I was slowing more. I found a driver's license about a mile into the loop and I think I was the last runner. I turned the license in at 2 miles and noticed the clock was already 33 minutes, my slowest time at that point on the course so far. I had plenty of time to finish the loop at the pace I was running so kept going. I made the decision I would quit at the end of the 18th loop, decided 75 miles was a nice number and felt at peace with my decision. The 3 minute warning whistle sounded as I finished the loop and I said I definitely said I was done and was happy to receive the coveted 💩dog tag.
I packed my things up, started to get cold and sat in the car a few minutes to warm up and eat something before taking off. Once I got into Camdenton, I was hungry and thankfully McDonalds drive-thru was open. I was hesitant due to my last 2 negative experiences after a race at McDonalds but the quarter pounder with cheese, fries and chocolate shake were the perfect recovery food before the drive home. I was feeling great but ready to cuddle up next to a dog.
On paper I should have been prepared to run at least 100 miles. I've run over 3,000 this year and have now surpassed my record for yearly mileage set 12 years ago. However, more logged miles doesn't necessarily help prepare for an event. Rest at the proper times is also necessary. Although Ozark Trail 100 miler on November 7 was good training it was probably a little close with only 4 weeks between events. Last year I had 7 weeks between Big Dog's and Fore for 30. I think at least 2 more weeks would have helped with recovery. Also, typically I take off weight lifting at least 10 days before an event but I've been attending a weekly class since October and doing an extra workout on my own. I did one weight training workout during the week of the race but it was tough and I had 4 days to recover. I didn't run and felt good going into the race other than not sleeping well the night before. I've learned a lot this year and am hopeful I will be better prepared next year.
The race directors once again put together a top notch event and registration is already open for 2021. This event is the perfect opportunity to challenge your limits both physically and mentally. This will once again be my last event in 2021. 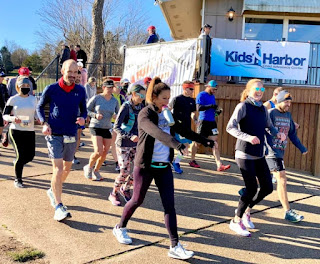 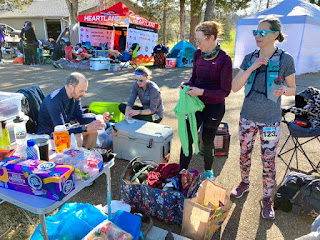 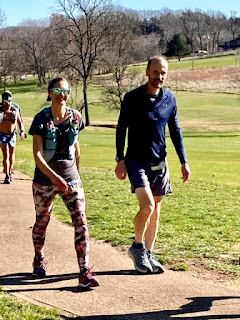 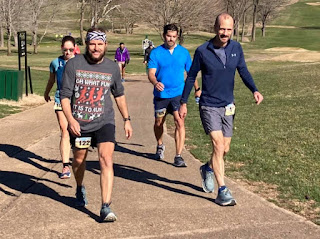 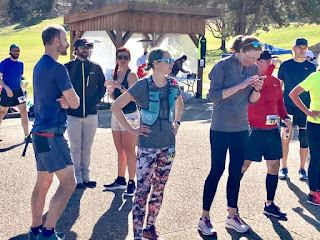 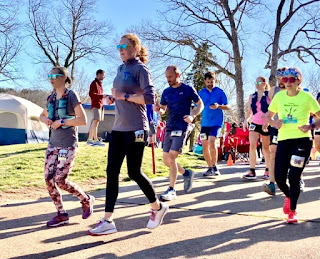 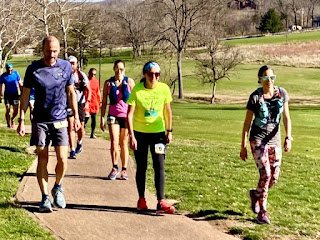 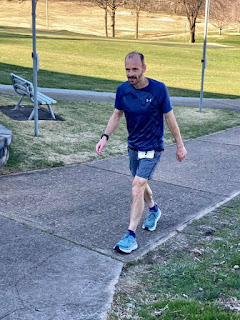 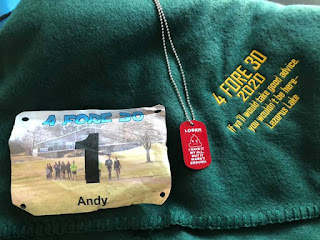 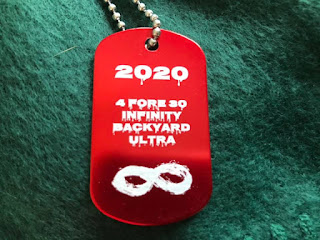