I arrived Friday afternoon at 2 pm just as it was starting to lightly rain.  My campsite was tree covered so didn’t have a problem getting the tent set up as it was pretty sheltered from the light rain.  I was located up a big hill which the race course actually went less than 100 feet from my tent.  I got see George and Kimberly, the only 2 people I knew running one of the races at the prerace meeting before heading to bed.  Set alarm for 3:45 am which actually felt like 2:45 am due to the time difference but attempted to get 6 hours sleep.  I say attempt since the rude people next to my site next to mine were loud, obnoxious, and partying well past the quiet time.  I managed to sleep a little but they kept waking me up.  I woke up again when security drove by to tell them to turn off their radio and quiet down.  One of the women then went on loudly blabbering for what seemed like an hour hoping she wasn’t keeping her neighbors awake, and just going on to be annoying to everyone in the area.  She loudly said she hope she wasn’t disturbing her neighbors.  I assume someone reported them.  I was about 20 feet from their site.  The Ambien the woman loudly announced she had taken finally kicked in and they quieted down. At that point, I fell asleep dreaming they had been kicked out of the campground and didn’t wake up until the alarm went off.  I really wanted to make a loud racket when I got up but refrained since not everyone near us was running the race.  However, I did make it a point to be slightly loud since I thought it might wake them up.

I took a shower since I felt really sticky and wanted to start fresh and fairly dry.  I ate a protein shake, banana, and Greek yogurt.  The start for the course was about a mile from my campsite so I had to start walking at 4:30 am and made it there in 20 min.  I saw George at the starting line and we were able to run together for a while. There were about 200 registered for the 100 miler and the other races started later.  I followed George for a while until we were separated and then didn’t see him again until later and we ran together some more until I ran ahead.  I ran the first loop (~27 miles) in about 5:20 and felt pretty good about it.  For the first 2 loops I was able to run with and see some of the same people but the next 2 loops I ran alone at times.

I ran the second loop in about 5:40 and was at 11 hours at 54 miles which maked me wonder if could run 22-something if things continued as they were and even if I continued to slow down at the same rate.  My secondary goal was to run under 24 and was pretty sure that would happen unless things fell completely apart.  I chose to run without a shirt the entire day.  I realize a shirt is supposed to be wicking and keep cooler but I really dislike the feel of a damp shirt.  There was some light rain early in the day but nothing heavy.  The shorts I wore stayed dry and no problems chafing with them and the Body Glide.
The sun stayed under for most of the day other than a few minutes which helped keep the temp down.  The high was forecasted at 79F but humidity was likely 80-90%.  The course was tougher than I expected but I just walked all the hills and ran where I could.  Pace seemed really slow since there was a lot of climbing, one which went straight up and had to grab hold of some intricate root ladder system and climb up like a ladder.  The course was very scenic, lush, and mostly tree covered.  Lots of ferns and still some May apples.  I think my sun screen I had applied just added to the stickiness and was probably not too necessary with all the tree cover.

Things fell apart slightly during the first half of the 3rd loop which is a shorter loop at about 23 miles.  I was feeling just a little off and my pace slowed.  The first 11 miles were tough even on the runnable sections.  I think it was a bit of a nutrition issue so I tried some things like solid food (turkey sandwich) and started to feel human again.  There were some huge climbs after the covered bridge aid/drop bag station which gave the food a chance to digest.  Once it was runnable again, I passed a guy and his pacer that passed me earlier.  I ran this shorter loop in about 5:40 and ran pretty well during the second half so made up some time I lost when not feeling well.  I managed to make it most of this loop without using my light which I picked up at mile 65. I took a fall once squishing out part of my water bottle and getting my hands pretty dirty but no damage.  I really thought I was going to be able to run out of the fall but went down anyway.

I felt strong for the last loop even though I ran it slower.  I’ve had this feeling before where after the sun goes down I feel even better.  I was able to consistently run although a slower pace.  Goal was to make it one aid station at a time and try to figure out what I needed as I made my way to the finish.  I used very few gels since they tend to make me nauseous.  The 3 Mama Chias went down very well and caused no problems.  Also, used some of the squeezable snacks which went down much better than gels being closer to real food.  At aid stations, I ate a small quantity of food – orange slices, water melon, ramen noodle broth once, small turkey sandwich a couple times, and a few chips.  I passed a lot of people on the last loop, some still doing the 50 and marathon and some various stages of the 100 miler.  It was nice to see so many people and the loop course and 3 races made this possible.  I passed a lot of people in the last few miles and at this point was running as fast as I could to get it over with.  I would have short bursts of speed and was running a little dangerously at times.  I took a second fall 2 miles from the end and hit my left calf on a blunt rock.  It was kind of like ART and had to recover a minute to make sure no damage although the spot I hit is still slightly sore to the touch.

As I made my way to the finish, I passed a lot of people doing different races.  One guy running the 100 miler that I had passed me at the beginning of the 3rd loop was hunched over on the side of the road with less than a mile to go.  I didn’t say anything since I was assuming he was doing what he needed to do to get to the finish.  Another guy I passed about half mile was walking and said his shin hurt and he hadn’t been able to run for several miles.  I finally see the sign where I can turn to the finish and it was still a little further than expected.  I was hoping I didn’t burn myself on the torches they had set up.  I ran the last loop in about 5:52 which was actually about a mile shorter than the previous loop since we didn’t go back down the road a mile.

Finishing time is 22:32:20, 9th overall of 108 finishers (~190-something starters), and 5th in 40 – 49 age group.  I was very surprised I was 2 places ahead of the first female runner since she is an amazing runner.  My goal was to run this about as fast as Burning River 100 miler 2 years ago even though this was a more difficult course.  I felt like I was better trained this time and didn’t have a stellar day at BR100 where I did a lot of walking even on the flat sections.  My B goal was under 24 hours which I always hope I can finish but still isn’t always possible.  I’ll take the 32 min slower than BR100.  It was nice to finish in the dark before the sun came up.

I saw more wildlife on this run than usual including a raccoon, deer, mouse, and an opossum.  I was not interested at all in food after the race and had to wait until morning.  Hugh (the timer), wanted to get me something so brought me a Coke and I drank about half thinking maybe not a good idea if I wanted to get any sleep.  I was very interested in a shower as this race was very dirty and I was covered in stale sunscreen, sweat, mud, and debris. The trails drained well but there was mud in a few places and overall felt very sticky.  Even without a shirt, being sticky for over 22 hours wasn’t pleasant.  I got a few hours sleep before packing up to get my drop bags.  I had intended to sleep more but woke up to the obnoxious people next to me talking and couldn’t get back to sleep.  I had to wait around quite a while for my drop bags which is I wrote the first draft of this report.

Tough race but feel like I did very well and had very few issues.  It still makes me wonder if I should think twice before attempting another one.  It is hard to explain to anyone why I would want to run 100 miles.  Having done it 7 times now, I know what I am getting myself into but there is something about starting anew, at times giving up a little and yet pushing on, and often feeling better.  Even if not always feeling better still making it to the finish. Also, having all the time to be mostly alone and one with nature even if occasionally talking to other runners is good for me.  This may or may not have been my last 100 miler. It isn’t something I can plan for since I don’t know if the urge will strike again.  I can certainly see myself running 100Ks and 50 milers or multi-day events. 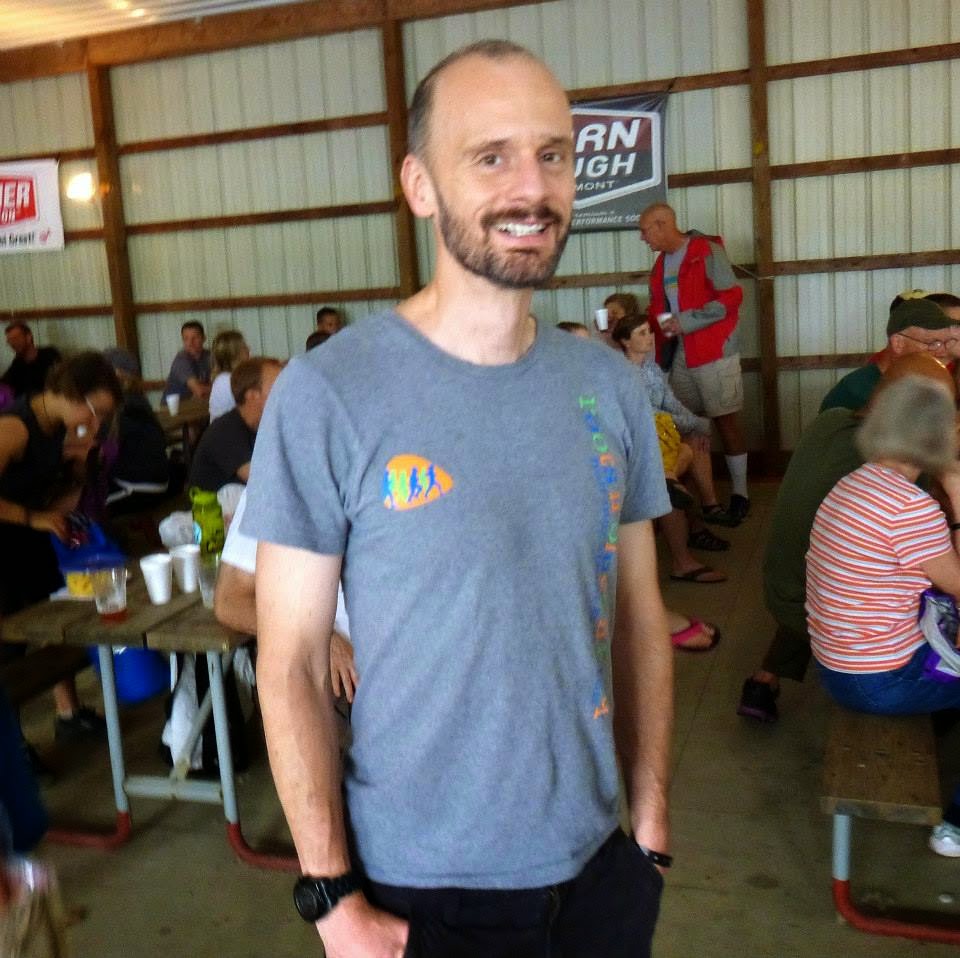 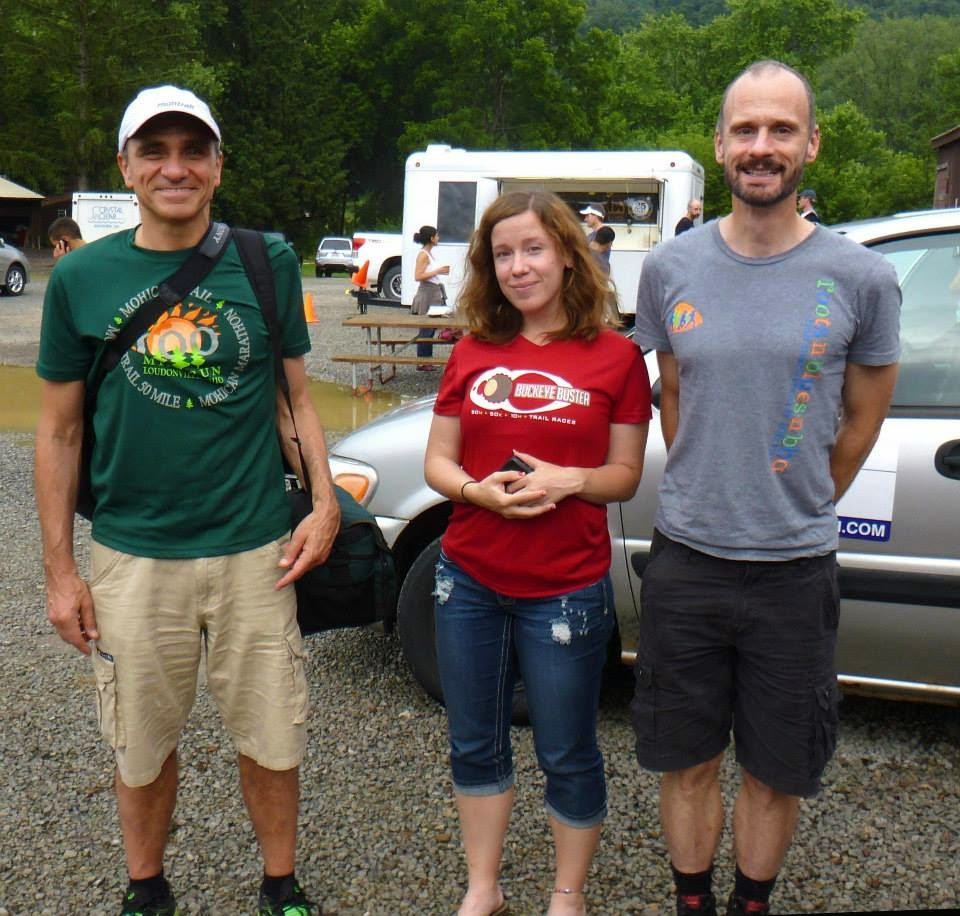 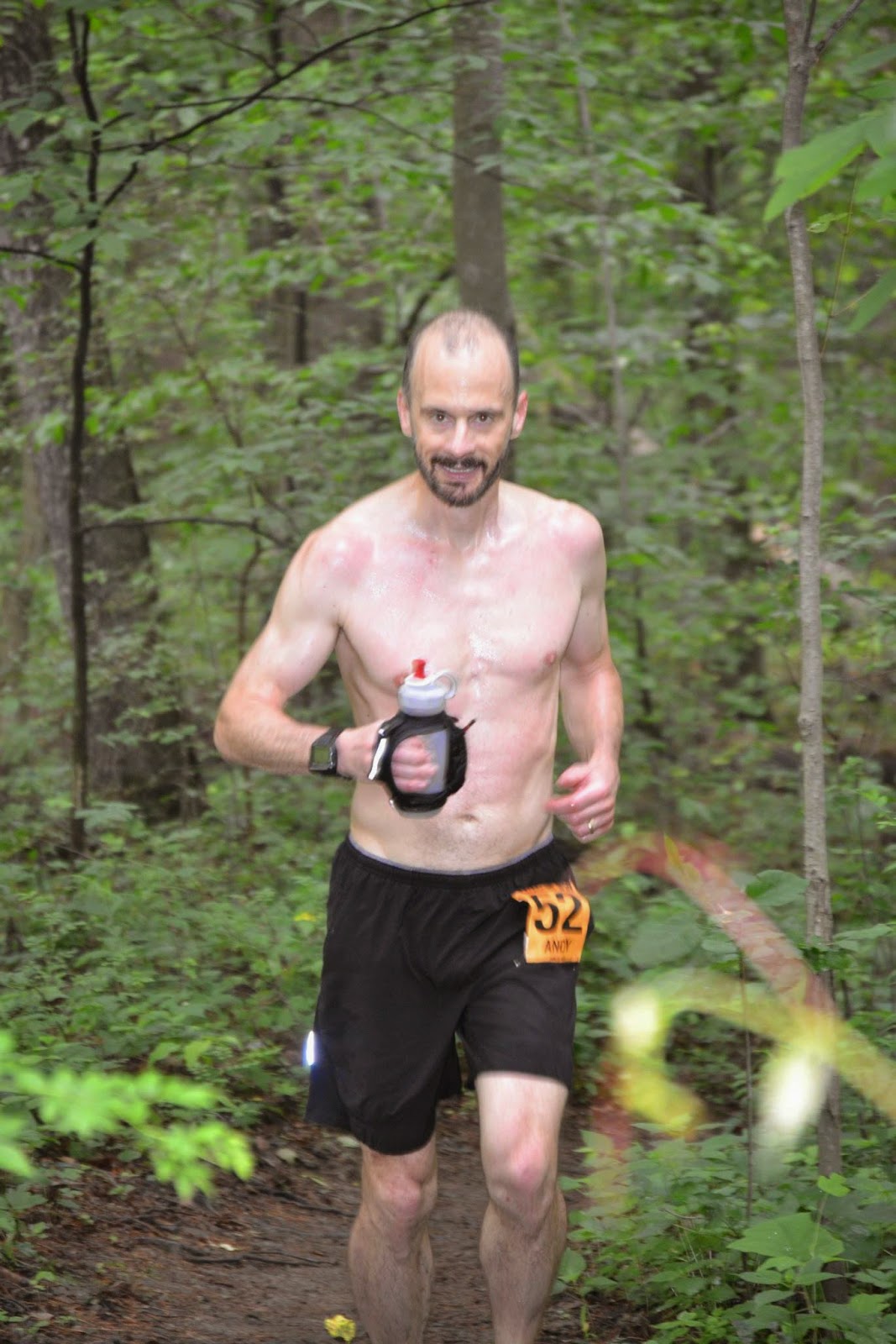 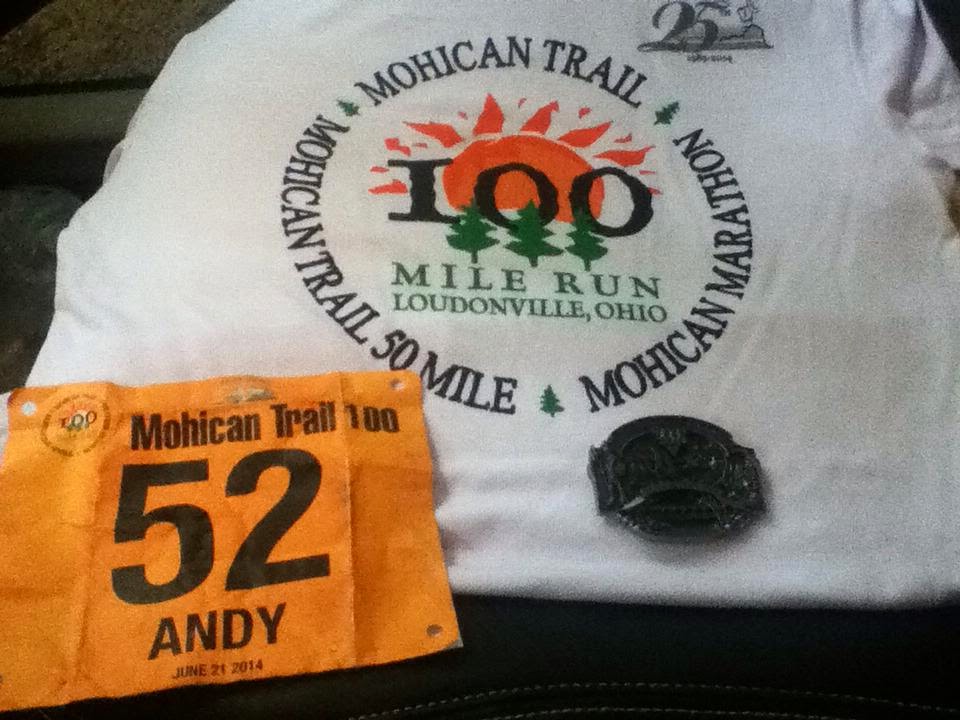 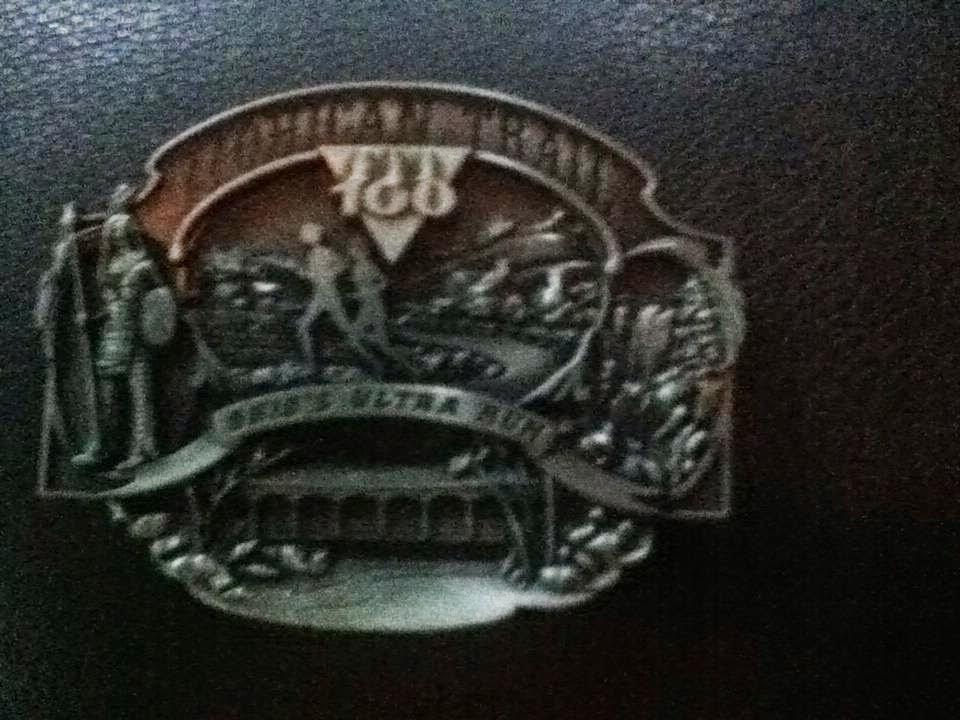